The 2016 American Music Awards ushered the best in the music industry, with many of the brightest artists taking the stage to perform and to receive their much-deserved honors last November 20.

Bruno Mars, decked out in ‘90s-inspired tracksuits, kicked off the night as he sang a lively cover of ‘24K Magic’ off his latest album with the same title.

Hosts Pharoah and Hadid welcomed the audience at the Microsoft Theater in Los Angeles, assuring the crowd that the night will only revolve around one thing- music.

“Don’t worry guys tonight we do not have to deal with the electoral college, so…,” the 21-year-old model quipped.

“Tonight, it’s all about the music,” her comedian co-host added.

Pharoah, who gained popularity for his impersonations during his time on ‘Saturday Night Live,’ delivered a Jay-Z impersonation while Hadid offered her own take on Melania Trump.

The voice actor also made an impersonation of singer John Legend and, later on, Donald Trump while stating: “I love Bruno Mars. I don’t know what color he is so I can’t deport him.”

The first award, which recognized the Pop Rock Duo or Group of the year, was presented by Taraji P. Henson, Janelle Monae and Octavia Spencer. Twenty One Pilots joined the ladies on stage as they took home the award.

Performances in between receiving the awards included One Direction member Niall Horan, who was presented by Sara Foster and Erin Foster, and sang ‘This Town.’ 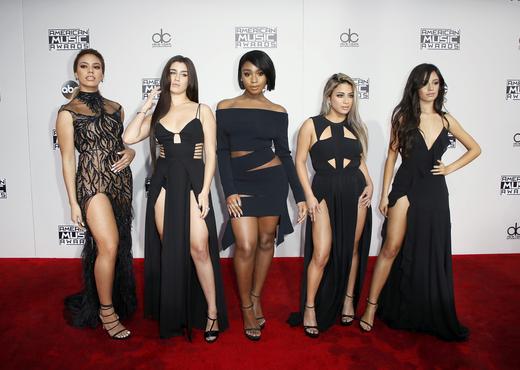 The Favorite Rap/Hip-Hop Album was presented by Nina Dobrev and Julianne Hough, and was received by Drake for his ‘Views’ album. The rapper raked in 13 nominations for Sunday’s event. 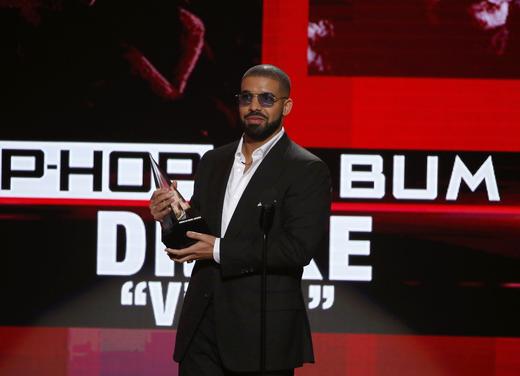 “Me and Nina were on ‘Degrassi’ together -- we’ve come a long way,” Drake happily acknowledged Dobrev as he picked up his first American Music Award.

The Chainsmokers and James Bay also went ahead to perform for the crowd, singing ‘Closer’ and ‘Let It Go,’ respectively. The Chainsmokers later on went up the stage once more to receive the AMAs for the electronic dance music category.

“For those of you over 60, EDM is not a medical condition. Electronic music dance music is incredibly addictive and what we’re celebrating in this category,” singer Ciara joked before handing over the honors to the duo.

Not to be outdone, audience members Heidi Klum, DJ Khaled, Matt Bomer and Frankie Grande took part in the widely popular social media trend and did their best for the mannequin challenge, with which they were joined by Pharoah.

The LGBT community was well represented, with transgender model Gigi Gorgeous taking the lead. She, along with singer Bebe Rexha, presented Shawn Mendes to the audience for his performance of ‘Treat You’ and ‘Mercy.’ Gigi also had a special message to all viewers, saying: “Today marks the end of transgender awareness week, which celebrates people for who they are and who they’re meant to be.”

Other recipients of the AMAs 2016 include Fifth Harmony and Ty Dolla $ign for their collaboration, ‘Work From Home’ and Tim McGraw for his country song ‘Humble and Kind.’

The Weeknd performed ‘Starboy’ that brought the crowd into huge cheers. He was also nominated for three awards this year. This was the singer’s third time to perform on the AMAs stage; he previously sang his hit single ‘The Hills’ last year and ‘Love Me Harder’ with Ariana Grande in 2014. 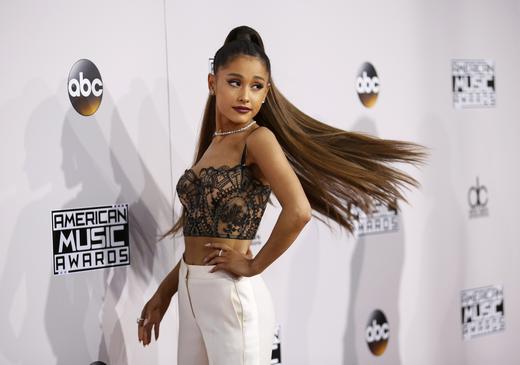 Grande was also present this year to perform ‘Side to Side’ with Nicki Minaj on a palm-covered platform complete with shirtless male dancers, after being introduced by Hadid’s fellow model and good pal, Karlie Kloss.

The following is the list of all nominations and winners for the 2016 American Music Awards.