‘The Crown’ Season 2 Update: Why Christians Are Drawn Towards The Royal Drama and The Queen's Faith in Jesus

After the airing of ‘The Crown’ season 1 on Netflix, fans of the series have now been questioning as to when the network will announce details for the show’s second season.

The royal drama draws attention to the early days of Queen Elizabeth II as she ascended to the throne following the death of his father, King George VI (Jared Harris). Despite the noble title and the majestic crown, Claire Foy’s character struggles with having to oversee Britain, getting married to Philip Mountbatten (Matt Smith), dealing with her younger sister Princess Margaret (Vanessa Kirby), and making political decisions alongside Prime Minister Winston Churchill (John Lithgow) on which evolutions during the second late 20th century will depend on.

While the drama offers effective storytelling, viewers also get to experience a detailed insight into the role of religion in the Queen’s life. Sitting on the throne for 64 years now, her Royal Highness is known for her commitment towards Christianity and has opened up about her own faith and its impact on her life. 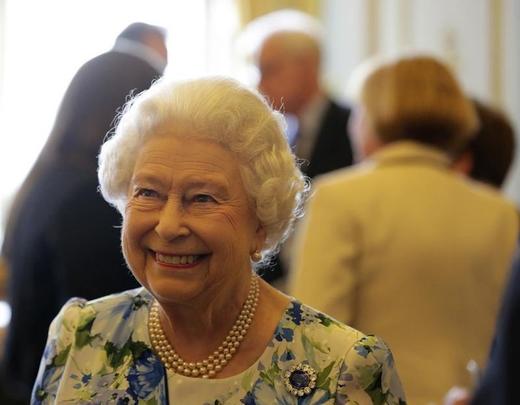 After ascending to the throne, Elizabeth also gains the title as Head of the Church and, in ‘The Crown’ season 1, such title caused strains between her role as a ruler and as a sister.

The young Queen was shown to have struggled with the idea that, by taking the royal title, she has been chosen by God for the role and was prompted to seek advice from Queen Mary, her grandmother.

"You said: 'loyalty to the ideal you have inherited is your duty above everything else, because the calling comes from the highest source. From God himself.' Do you really believe that?" Elizabeth asked.

Queen Mary responds with: "Monarchy is God's sacred mission to grace and dignify the earth, to give ordinary people an ideal to strive towards, an example of nobility and duty to raise them in their wretched lives. Monarchy is a calling from God."

Such conversation underlines the concept of monarchy, that it does not only highlight power and popularity but, more importantly, an ideal for followers to strive towards something good and divine as well as aspire to do greater things.

Elizabeth’s marriage to Philip was also put to the test in which the show draws attention to both the ups and downs of their relationship.

‘The Crown’ season 1 offers an honest narration of the royal couple’s lives after exchanging wedding vows. Viewers were given a detailed point of view in terms of the good and bad things that come in any marriage.

Meanwhile, Foy shared an interesting tidbit about ‘The Crown’ season 2, saying that the production team has begun filming.

According to The Daily Telegraph, the royal drama about the British monarchy will cover six seasons, comprised of ten episodes each. It was also reported that for every season of ‘The Crown,’ a decade of Queen Elizabeth II's life will be featured.

‘The Crown’ season 2 premiere date is yet to be announced.