The official date for Pippa Middleton’s wedding has been announced, and the younger sister of Duchess of Cambridge Kate Middleton will exchange wedding vows with hedge fund manager James Matthews on May 20, 2017.

The ceremony will be held at St. Mark’s Church in Englefield, Berkshire.

The adults won’t be the only ones having fun as there will reportedly be “important roles” for Prince George and Princess Charlotte. While the older royal will come as a page boy at his aunt’s wedding, his little sister is expected to be a flower girl.

Their mother, however, will not come as a bridesmaid, contrary to speculations.

The spotlight had been on Middleton, though, when she was chosen as one of Kate’s bridesmaids when the latter was wed to Prince William in 2011. 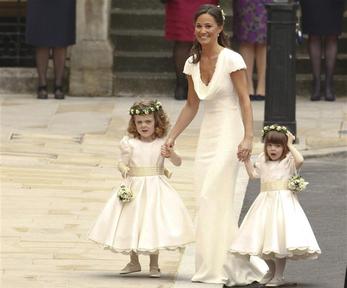 Meanwhile, the engaged couple prefers a private wedding and does not plan on releasing many details. According to an insider for People Magazine, Middleton and Matthews have a “deep desire” to stay away from the media as much as possible. They are also planning on settling down, having children and “leading a quiet life.”

In November, famous designer Giles Deacon was seen carrying numerous garment bags into Middleton’s home, giving rise to speculations that he will be in charge of her main gown.

Earlier in September, the 33-year-old columnist paid a visit to Lavender Green in Chelsea, London to look at her bridal bouquets and other flower arrangements.

"She was inside looking at bridal bouquet mockups for an hour,” an insider said “Very chic, very classic. Think antique, ivory, and a twist like adding lace. She hasn't picked the final look, but it was important to explore her options before going for bridal gown fittings. She took lots of photos on her phone and was really excited. She has a folder of magazine cuttings and pictures she has taken.” 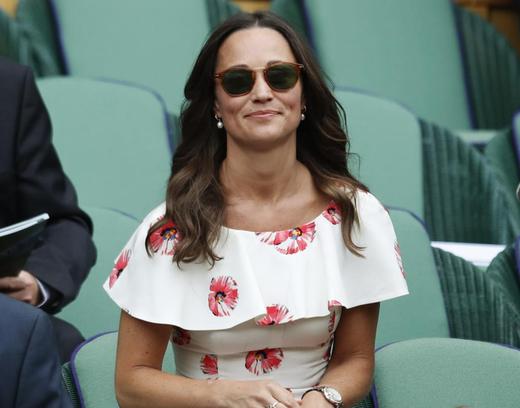 The source also commented on Middleton’s approach to planning her wedding, calling a “hands-on” kind of bride-to-be.

“Pippa has a specific vision and feels she's learned enough about planning to get stuck into it herself rather than handing it all over to a planner,” the insider added. “She doesn't want it to be too expensive or look gaudy. Classic and elegant are two of the words she used to describe it."

The Duchess of Cambridge’s younger sister got engaged to the former racing car driver on Jul7 17, when he put forward his proposal using an impressive ring of his own design.

“He would never have bought something off-the-peg for her, it had to be very special,” a close friend of Matthews said.

“Pippa is not one to be outdone by her sister, we know that after 'that' dress she wore at the Royal Wedding in 2011,” David Allen, Creative Director of 77 Diamonds, remarked.

Matthews, whose parents own the luxury Eden Rock resort in St Barths in the Caribbean, was rumored to have asked Middleton’s father first for his permission to allow them to get engaged before actually popping the big question.

"James is a traditionalist and very much wanted to do things properly. That meant getting his future father in law's consent," a friend of the couple told the Daily Mail.