Natalie Portman has once again been recognized for her performance after both winning the Critics’ Choice Awards 2016 for Best Actress last Sunday and scoring a Golden Globe nomination from the Hollywood Foreign Press Association for playing the titular role in ‘Jackie.’

While she is thrilled to be a Golden Globe nominee once again, the 35-year-old actress said she is more excited about how viewers will react to the film, which puts the spotlight on Jacqueline Kennedy during the days after her husband, former president John F. Kennedy, was assassinated in 1963.

“A lot of people [tell me] they so rarely get to see a woman on screen have so many different aspects of her portrayed,” she said, praising director Paolo Larraín and screenwriter Noah Oppenheim’. “It’s not just a simplified male gaze; they allowed her to be a real human being…”

The Harvard alum also acknowledged the fact that she had “superficial knowledge” of Kennedy prior to her participation in the movie.

“I knew about her style and her hair, [but now I consider] her as a human being, and I understand the resilience, intellect, and willpower,” the former Golden Globe winner explained. “She had to endure some unbelievably horrible events and made beautiful gestures and lasting contributions to our country.” 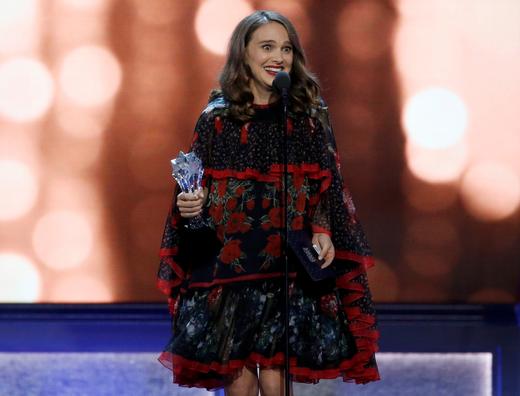 As she filmed ‘Jackie,’ Portman has understood the relevance of retaining the values that Kennedy demonstrated while she was a woman of power with a publicized personal life.

”[‘Jackie’ shows] a woman being incredibly powerful, intelligent, creating her own narrative, and authoring her own story,” she pointed out.

The mother-of-one has been stressing the significance of maintaining these morals and standards, especially in the next months to come when the United States changes from one president to another following one of the most controversial elections in the country’s history.

“In terms of being an individual — not just as a woman, but as a citizen of the country — Kennedy showed courage at a moment that was completely terrifying and devastating,” she further explained. “To stand up and be active and be brave, we certainly need that at this moment in history.”

Portman is not the only actress who has portrayed the former First Lady. Her recent Golden Globe nod is not the only nomination she received for such awards event; she was previously awarded the Best Supporting Actress in a Motion Picture for ‘Closer’ (2005) and was nominated under the same category for ‘Anywhere but Here’ (2000). She also won Best Actress in a Drama Motion Picture for ‘Black Swan’ (2011).

The pregnant actress also opened up about her Golden Globes contenders, including Ruth Negga, Annette Bening, Isabelle Huppert, Amy Adams, and Emma Stone, placing emphasis on her respect for them.

“I feel very lucky that there’s a group of women I get to experience this with,” she shared. “I’m like a fan around them… it’s the women I look up to the most — even the ones who are younger than me! It’s the best part of the process; I get to spend time with them, because we never get the chance to work together.”

‘Jackie’ is already playing in cinemas; the official trailer can be viewed below.