Justin Bieber and his Purpose tour have made the headlines for the past weeks not only when it comes to his performances but his Christian faith as well.

According to The Sun, the pop star has been very vocal when it comes to expressing his faith with the opening acts who have been with him since the beginning of the tour.

"Backstage on his Purpose tour, Justin has been sitting down with his opening acts and encouraging them to put Christ before everything. His aim is to convert the people he loves and warn other stars against the evils of the industry," the source reportedly said to the publication.

Although fans are waiting for Bieber to make an official statement regarding such reports, he has been known for speaking a lot about the effects of his Christian faith on his life and personal career.

"Justin's life changed for the better since he found God and he has been making better decisions now that he has found peace within his faith,” the insider added. “After seeing so many other celebs go off the rails, he wants to help his friends find the joy and happiness he has."

In a previous interview with GQ magazine, Bieber said that his closeness to God motivated him to become a better individual.

"I feel like that's why I have a relationship with Him, because I need it. I suck by myself," Bieber told GQ. "Like, when I'm by myself and I feel like I have nothing to lean on? Terrible. Terrible person."

The Canadian crooner did admit that he went through “stupid” things in the past years, acknowledging God’s role in helping him pick up the pieces and molding himself into a more stable person. 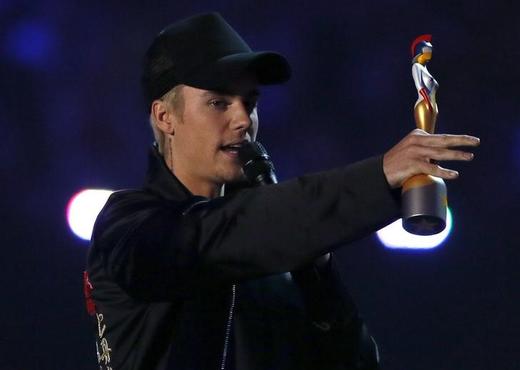 The ‘Sorry’ singer shared how he has been hurt by people and now recognizes that a person cannot expect a lot from others in the way he or she can completely trust God.

"I've had people that burned me so many times," Bieber further said to GQ. "If we invest everything we have in a human, we're gonna get broken."

As the songwriter has made millions of fans all over the world, he is now encouraging others to praise and worship God as well as to stop recognizing him as an idol because he is merely a celebrity, saying that worshipping humans is “dangerous.”

"I would really suggest to people, 'Don't put your faith in me.' Because I'm gonna disappoint you every time," he said to the Mirror earlier this year. He also refused any more praise by saying that he is “not that higher power.”