A well-known leader of the Empowerment Temple Church of Northwest Baltimore has spoken up about Kanye West’s meeting with Donald Trump.

According to Rev. Jamal H. Bryant, the rapper lost his soul after he crossed paths with the President-elect earlier this week.

The spotlight was on West last month after volunteering to admit himself for psychiatric-related hospitalization at the Ronald Reagan UCLA Medical Center.

This week, he made headlines for meeting with Trump as well as other representatives of the black community in an attempt to chat over issues regarding inner city youth and families.

While the rap mogul took to Twitter and showed how vocal he remains when it comes to discussing certain multicultural issues, Bryant has another opinion about West’s meeting with Trump.

The Maryland pastor took to Instagram and shared a photo of the ‘Famous’ rapper posing with Trump and reporters at the Trump Tower following their controversial meeting.

Bryant also put in lyrics from West’s popular 2004 track ‘All Falls Down’ to caption the image: "they made us hate ourselves and love they wealth."

A restatement of Matthew 16:26 was also tweeted by the pastor to his 100,000 followers: "What does it profit a man to gain the world and lose your soul–Jesus.”

Also, Bryant brought more clarity to his Instagram post and decided to question West’s mental state in a Periscope clip.

Meanwhile, West already took to Twitter to explain and defend his meeting with Trump, telling his millions of fans that "I wanted to meet with Trump today to discuss multicultural issues. These issues included bullying, supporting teachers, modernizing curriculums, and violence in Chicago.”

He feels that it is of great importance to directly communicate with the future president “if we truly want change." 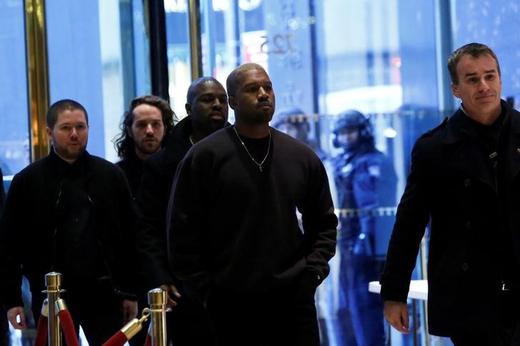 As a follow-up to his post, the rapper tweeted the latest Time magazine cover- an autographed copy- with Trump recognized as “person of the year.”

“To Kanye, you are a great friend. Thanks,” the autograph reads.

Aside from West, Bryant has already expressed his disapproval over other Trump supporters. He previously compared Christian leaders who have met with the future president to prostitutes.

Featured on a CNN debate, Bryant argued with Cleveland Pastor James Davis, calling the latter a pawn for showing support for Trump along with other Christian leaders.

"I want to apologize, because prostitutes get money. And the 100 that went in there walked away with nothing, they did it for free," Bryant said. "So there's another word for that, and I would not use that language on a family channel."