While talks of Prince Harry’s relationship with actress Meghan Markle had somehow began to cool down, the ‘Suits’ star’s latest open essay has brought the spotlight back onto the new couple. However, critics are convinced that Meghan’s statements will not affect Prince Harry and the Royal Family if she is to become a future princess.

Meghan recently penned an essay for Elle UK magazine, opening up about her acting career and the struggles that came with it. She even recalled the times when she was not capable of landing a job because of her racial background.

"Being 'ethnically ambiguous,' as I was pegged in the industry, meant I could audition for virtually any role,” Meghan explained. “Morphing from Latina when I was dressed in red, to African-American when in mustard yellow; my closet filled with fashionable frocks to make me look as racially varied as an '80s Benetton poster.”

"What she says is up to her. She's not a member of the royal family – let's not make her out to be something she isn't. So she has no future role and you can't damage something you're not a part of,” Arbiter said.

Film critic Richard Fitzwilliams, who is also a royal commentator, explained that it is conventional for celebrities to discuss such issues and that Meghan demonstrates the reality that exists within the film industry.

“The added interest in this essay for Elle, is that she tells what it was like being mixed race as she was seen as belonging nowhere until Suits brought her fame in the part of Rachel Zane,” he shared. “I think it illustrates what is still a central problem in films, where, unlike the stage, there is little or no color blind casting."

According to Fitzwilliams, Harry's last official statement shows that the new couple are "undoubtedly serious"

Prior to Meghan’s interview with Elle, her royal beau already released a public statement through the Kensington Palace; he drew attention to the racial abuse his girlfriend has been struggling with, most especially after their relationship was confirmed to the public.

"His girlfriend, Meghan Markle, has been subject to a wave of abuse and harassment. Some of this has been very public – the smear on the front page of a national newspaper; the racial undertones of comment pieces; and the outright sexism and racism of social media trolls and web article comments,” the statement pointed out. 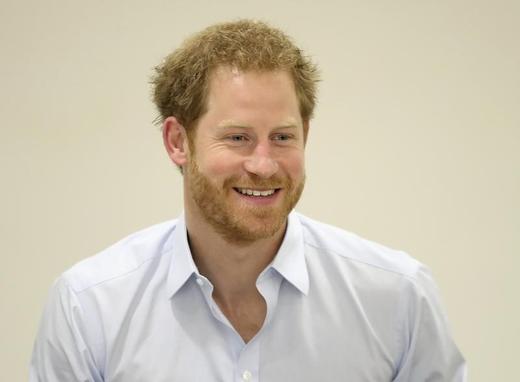 Fitzwililiams believes that Meghan has enough experience to determine what kind of impact her statements will have not only on her personal life and career but on her partner as well.

"She is also a humanitarian campaigner and experienced when it comes to dealing with the media and would not have said this if she considered it would be a problem for Harry,” Fitzwilliams added.