Microsoft itself leaked the unannounced Lumia 950 and Lumia 950 XL flagships in its official web store. Microsoft Store UK via PhoneScoop

One week before their expected launch, the Lumia 950 and 950 XL have briefly appeared in Microsoft's official online UK store. The listings, which was placed on the site's "Windows 10 Ready Phones" section, offered some details about the upcoming flagships.

The said product retail pages are already inaccessible at the time of this writing but a site called PhoneScoop managed to capture a screenshot. In the image above, the two devices' price are not specified but it did confirm previous leaks which suggested that the Lumia 950 will have a 5.2-inch display and the larger 950 XL will come with a 5.7-inch screen, both them will sport WQHD resolution.

The now-unavailable Microsoft listings further reveal that the 950 model will come with 32 GB of internal storage which is expandable up to 2 TB via microSD card. A 20-megapixel primary camera equipped with ZEISS optics is furnished and will be run by Windows 10 OS out of the box.

Apart from the screen size, the listing indicate that the other Lumia flagship will feature the same specifications as its smaller sibling. The two models will apparently be sold in black and white variants.

The software giant is widely believed to drop the covers off its upcoming Windows 10 flagship smartphones during an event in New York on October 6, so users will soon get official information straight from the source.

Earlier reports claimed that the handsets will support a Continuum feature that will allow them to function much like a full-blown PC. They are also said to come with the Windows Hello feature, allowing users to unlock the devices using their faces.

Furthermore, Microsoft also announced on Wednesday that it will be opening its first flagship store in New York. The store will open on October 26 at NYC's famous Fifth Avenue where a Fendi store had previously been located. The company will follow that up by inaugurating its first international flagship store in Sydney on November 12. The Australian location will be at 188 Pitt St. along Westfield Sydney's Pitt Street Mall. 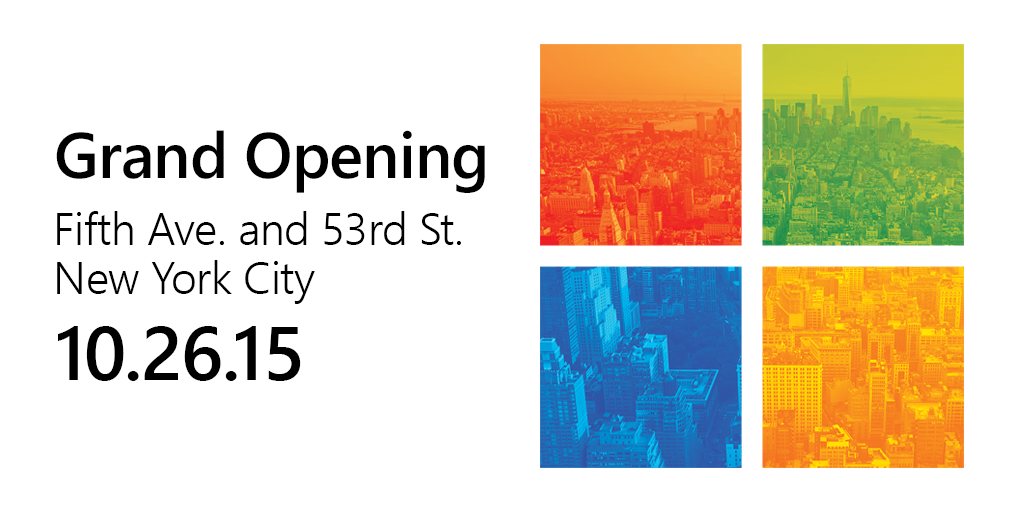 The Redmond-based tech giant already operates stores in the U.S., Canada, and Puerto Rico, but the upcoming locations will be its largest to date. The soon-to-open New York store will be spread across five floors spanning more than 22,000 square feet. Microsoft claims that employees assigned to the store will be able to speak over 19 languages to accommodate a more diverse consumer base.