The Duggar family shot to fame in 2008 following the premiere of their wildly popular TLC show, "19 Kids and Counting". Duggar Family Official

The Thanksgiving celebrations proved to be a time for healing and strengthening of family relations for the Duggars this year. With ‘Counting On’ season 3 set to premiere in early 2017, the famous clan had plenty of time to reunite for a major family celebration up in the Ozark Mountains.

"Thanksgiving is such a wonderful holiday,” the family wrote. “It’s a beautiful day spent with family, food we love and most of all it is a poignant reminder of the many blessings our lives enjoy, for which we should be thankful.”

Jessa Seewald, Jill Dillard and the rest of the Duggar siblings came together, welcoming their brother Josh to take part in the festivity. 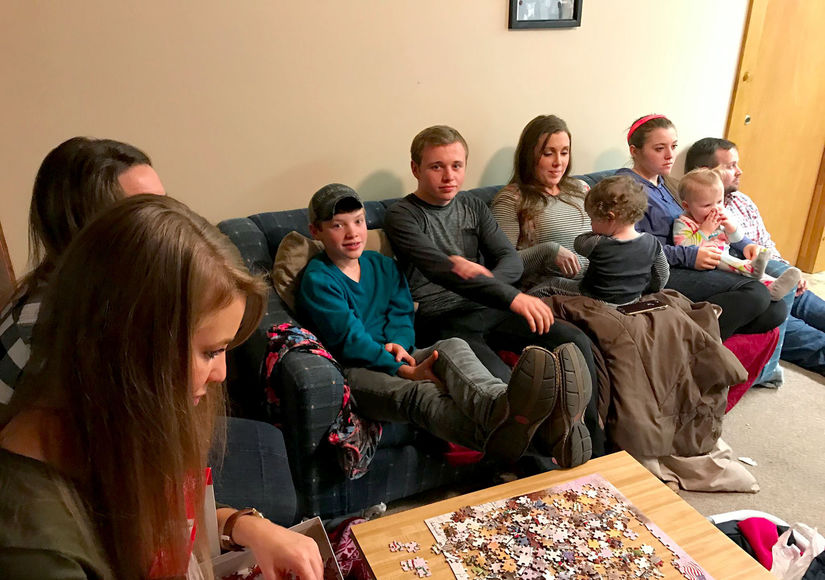 Josh brought on a great deal of drama for the Duggar family when it was revealed that had subscriptions for Ashley Madison, an online dating website that encourages infidelity among married couples.

Jim Bob and Michelle’s eldest son also came under fire for his molestation scandal; the Duggar family confirmed that Josh was guilty of molesting five victims- four of his sisters (two of whom included Jessa and Jill) and one of the family's babysitters.

Such circumstances resulted in the cancellation of the family’s reality TV series, ’19 Kids and Counting,’ on TLC.

Since then, Josh participated and finished a program at a faith-based rehabilitation center and has been gradually making a comeback to his family’s activities. Despite his absence from the Duggars’ new spinoff, it is expected that the eldest sibling will eventually make an appearance in the future.

Nonetheless, the recent celebrations led Josh to reunite with his family and take part in the merriment.

“In images the Arkansas-based family shared via Facebook, the disgraced 28-year-old reality star can be seen joining in on the family fun. One photo shows Josh sitting on the floor next to a sofa packed full of Duggar children and grandchildren — Anna, 28, looks occupied with a toddler on her lap,” Us Weekly reported.

Jinger Duggar-Vuolo and husband Jeremy were absent during the Thanksgiving celebrations and reportedly still enjoying their trip to Australia and New Zealand as part of their honeymoon. The couple exchanged wedding vows in early November and has then set off to spend quality time with each other.

With the family gathered around, matriarch Michelle took the opportunity to say thanks for their blessings despite trials and tribulations.

"As I look around the room, I am so deeply touched by God’s love, His forgiveness, His kindness, His provision, His mercies and His tenderness toward each of us,” the 47-year-old mother wrote. “God’s willingness to redeem us through Christ, in spite of all our failures and imperfections, is so humbling and fills my heart with tremendous gratitude.”

Meanwhile, sisters Jessa and Jill have further bonded over kids as Ben Seewald’s wife enters the seventh month of her second pregnancy. Jill tried out her midwifery skills to determine the number of babies inside Jessa’s belly.

“We don’t know if it’s twins or just one,” Jessa said in a ‘Counting On’ trailer.

“It could be just one baby with good variability in the heart beat or it could be two different babies,” Jill added.