Britain's Queen Elizabeth smiles during a reception with parliamentarians to mark the Queen's 90th birthday at Buckingham Palace in London, Britain May 10, 2016. REUTERS/Paul Hackett

As Queen Elizabeth II celebrated her 90th birthday this 2016, the present year has another high point coming for her Royal Highness with one of the most attention-grabbing documentaries in history- ‘Our Queen at 90.’

Directed by Ashley Gething, the BBC documentary offered viewers a detailed look at the Queen’s life along with the members of the Royal family during the year when she was finally recognized as the longest-reigning monarch of the nation.

Her Majesty’s son, Prince Charles, and grandsons, William and Harry, opened up about how she brought inspiration to their clan, whereas son Prince Andrew and his daughters Beatrice and Eugenie shared the essence of the Queen’s presence for them.

Similarly, numerous political leaders, famous personalities and average community members recalled their experiences of getting together with the Queen. As for Kate Middleton, she opened up about her grandmother-in-law’s bond with the littlest members of the family.

According to the Duchess of Cambridge, Queen Elizabeth was thrilled upon learning that Kate and William had welcomed Princess Charlotte of Cambridge in May 2015.

"The Queen was very pleased that she was a girl. The Queen is very fond of Charlotte and takes an interest in what she gets up to,” the Duchess explained. 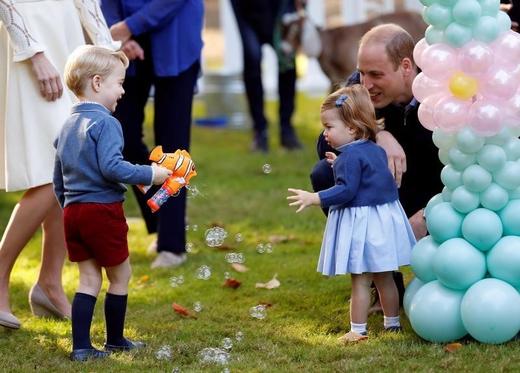 With her refined personality yet stern appearance, it comes as a surprise for many that Queen Elizabeth II has a strong yet soft liking towards grandchildren George and Charlotte.

"Every time we stay with her, she leaves a little gift for George and Charlotte in their rooms. I think that just goes to show her love for [the children] and for the family,” Kate recalled. 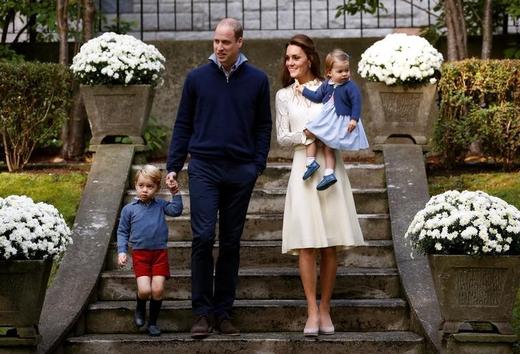 The Duchess of Cambridge also looked back to certain instances which show how concerned and caring the Queen is.

"She's been a gentle guidance. The most memorable day for me was during a visit to Leicester. I went without William so I was a little apprehensive," she recalled.

"Everyone in the family teases me because I spend far too much time chatting than I should. So I do have a lot to learn still, I suppose,” the 34-year-old royal said. "But that day, the Queen took time to make sure I was happy and looked after on that occasion. Again, that shows just how caring she is really.”

Despite the Queen’s lack of presence in TV interviews, her family and close friends were able to tell her story as a reigning monarch effectively based on the documentary’s outcomes.
The factual program raked in positive reviews and praise on social networking sites. A Twitter user posted the following: "Watching #OurQueenAt90 and more amazed than ever by our incredible Monarch. Hardest working 90 yr old on the planet. Pity for the critics".

Meanwhile, Netflix hit ‘The Crown’ recently finished its first season, highlighting the personal life of Queen Elizabeth II while in her 20’s, particularly when she ascended to the throne after her father King George VI died, got married to Prince Philip Mountbatten, argued often with her sister Princess Margaret, and made political decisions with Prime Minister Winston Chruchill.
‘The Crown’ season 2 premiere date is yet to be announced.