3 Reasons We're So Addicted to Our Smartphones

Why are we so addicted to our smartphones? Stock Photo

Apple recently announced the launch of its iPhone 8 and iPhone X, which come with sleek, new features. Apple also hopes to start a new community around the iPhones. Ahead of the launch, Angela Ahrendts, head of retail at Apple, said their stores will be called "Town Squares,"and would double as public spaces, complete with outdoor plazas, indoor forums and boardrooms.

The much-anticipated product launch was followed by millions who watched the event via livestream and on internet forums, blogs and in the news media.

So, what draws people to these phones? Surely, it is not just the groundbreaking design or the connection with a community. As a minister, psychotherapist and scholar studying our relationship with hand-held devices, I believe there is much more going on.

In fact, I'd argue, as I do in my book "Growing Down: Theology and Human Nature in the Virtual Age," the phones tap into our basic yearnings as humans.

Here are my three reasons why we love our phones.

1. Part of an extended self

Our sense of self is shaped while we are still in the womb. The development of the self, however, accelerates after birth. A newborn, first and foremost, attaches herself to the primary caregiver and later to things - acquiring what has been called an "extended self."

The leading 20th-century American psychologist William James was among the first to argue for an extended self. In his "Principles of Psychology," James defined the self as "the sum total of all that a man can call his, not only his body and his psychic powers, but his clothes and his house, his wife and children." Losing any of this extended self, which could include money or another prized object, as he explained, could lead to a sense of great loss. In early childhood, for example, babies and toddlers cry if they suddenly lose their pacifier or favorite soft toy, objects that become part of their extended selves. 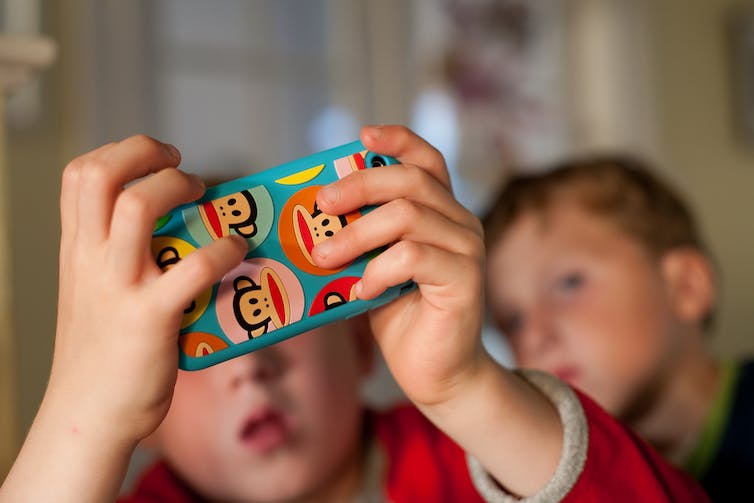 Phones, I argue, play a similar role. It is not uncommon for me to feel a sudden onset of anxiety should I drop my phone or am unable to find it. In my experience, many individuals feel the same way. It is also reflected in how often many of us check our devices.

Psychologist Larry Rosen and his colleagues at California State University found that 51 percent of individuals born in the 1980s and 1990s experienced moderate to high levels of anxiety when they were kept from checking in with their devices for more than 15 minutes. Interestingly, the percentage drops slightly - to 42 percent - for those born between 1965 and 1979.

This is primarily because they came into being during a time where hand-held technologies were only beginning to make their entry. For this group, phones became part of their extended self only as late teens or as young adults.

Not just extended selves, smartphones in particular, with their games, apps and notifications, have become an essential aspect of our sense of self.

Drawing on psychodynamic theory, which holds that childhood experiences shape personality, I argue that our relationship with technology mirrors the environment our parents created in caring for us. This environment, as British psychiatrist Donald W. Winnicott writes, functions around touch, a keen awareness of what the infant needs, and establishing and maintaining eye contact.

In the same way, we, as adults, reexperience touching and belonging through our phones. Technology affords a space where the self can be satisfied, play and feel alive - a space previously provided by caregivers.

When we hold our phones, it reminds us of moments of intimacy - whether from our childhood or from our adult life. The brain chemical dopamine and love hormone oxytocin, which play a role in the addiction "high," kick in. These chemicals also create a sense of belonging and attachment. 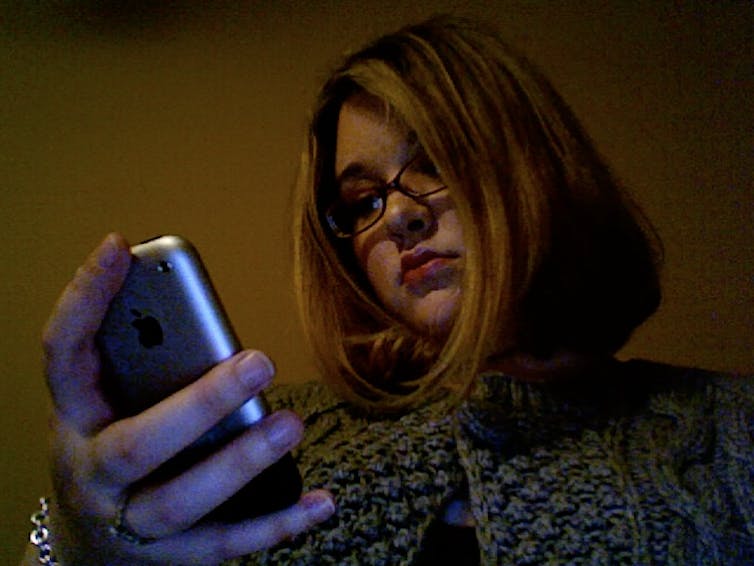 Holding our phone has the same effect as when a parent looks lovingly at her child or when two lovers gaze into each other's eyes. In the words of Apple executive Philip Schiller: The iPhone X "learns who you are."

Theological reflection also supports what we have learned about dopamine and oxytocin. The Judeo-Christian tradition, for example, identifies God as an intimate God who seeks face time and creates caring environments. In Bible, Numbers 6:24-26, we read:

"The Lord bless you and protect you. The Lord make his face shine on you and be gracious to you. The Lord lift up his face to you and grant you peace."

3. Fulfills need to produce and reproduce

Anthropologist Michael Taussig reminds us that it is in our "second nature to copy, imitate, make models, [and] explore difference" as we try to become a better or different self.

Phones help us do that. We take pictures, manipulate images, join discussions, curate a selfie and reach out to others. By texting back and forth, we weave together a conversation. Through searching, we become knowledgeable (even if we lack wisdom). Thus, we join ancestors who painted on cave walls and told stories around fires.

It should not come as a surprise then that smartphones currently account for 46 percent of all internet use. This is expected to grow to 75 percent by 2021. We are destined, it seems, to live with our phones in hand.

Having said this, sometimes, however, I would argue, we need to show up in person and make a difference.

We can be disappointed if we limit our spaces and relationships to small screens or to "town squares." We need intimate relationships where we give and receive touch, where we gaze into someone's eyes. We also need spaces - some will be online - where deep connections can be made, where we can rest, play and discover.

So, as some of us head over to the Town Square to purchase the latest iPhone or venture online, it would be best to remember the dictum of historian of technology Melvin Kranzberg: "Technology is neither good nor bad; nor is it neutral."

Jaco J. Hamman is the Associate Professor of Religion, Psychology, and Culture at Vanderbilt University. This article first appeared in The Conversation.